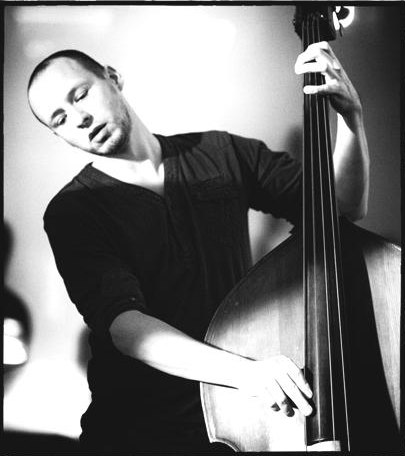 Sven Happel, a young & talented double- and electric bass player from Holland was born in February 1979. At 7 years old, he started playing the piano. At age 15 he gained interest in playing bass and started playing jazz right away, probably because of his dad (Harry Happel) who is a well known jazz-pianoplayer in and around Holland.

He plays with emotion and his sound has been described as deep and balanced. Sven is a very versatile musician, playing both the electric and double bass, but also with composing and arranging music. He has played on jazz-festivals and clubs in and outside the country.

The last years he’s been quite busy touring with the promising dutch Jazz singer Wouter Hamel Japan, South-Korea, England, Germany, France and Spain. Besides that and Soo Cho’s new band, Sven recorded and toured with the Castel/van Damme Quartet (1st prize winner of the Dutch Jazz Competition in 2010); and did the same with The Ernie Hammes Group, an international group of musicians; formed around the Luxembourg-based trumpet player.